The Climate Movement in Germany

The Climate Movement Across The World 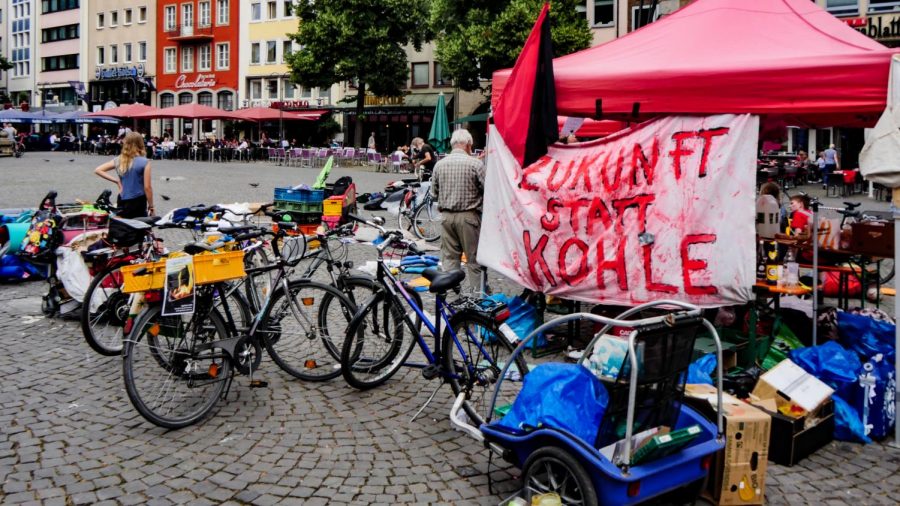 The remnants of a Fridays for Future sit-in in Cologne, Germany, demanding a resolution declaring a climate emergency in the city.

One would be forgiven for thinking that Germany is at the forefront of climate movement: In the last elections, even the extremely conservative Christian Social Union party went on a climate offensive, adopting some of the Green Party’s priorities.

While Germany’s politicians talk of being green, though, the country let an unprecedented amount of SUVs onto its road in the last year, and will miss its 2020 goals for reducing emissions by a long shot. Activists recognize the irony.

“There’s just so much that goes wrong here,” said Adrian Paxmann, a 22-year-old climate organizer at a strike in Bergisch Gladbach, a western German town. He pointed to Germany’s large emission output and said that Germany has a green mindset, but acknowledged the difficulty of translating that mindset into everyday life.

Fridays for Future Germany has declared sympathy for the Antifa movement, a loose movement of leftists seeking to counter facism – including with violence – and the Kurds in Syria. Citing that decision, German activist Helen Lucy said that she would like to see the movement distance itself more from politics. Lucy, who is 18, said the decisions were unfortunate because it portrayed Fridays for Future as partisan, opening it to attacks.