Why The 50% Rule Fails Students 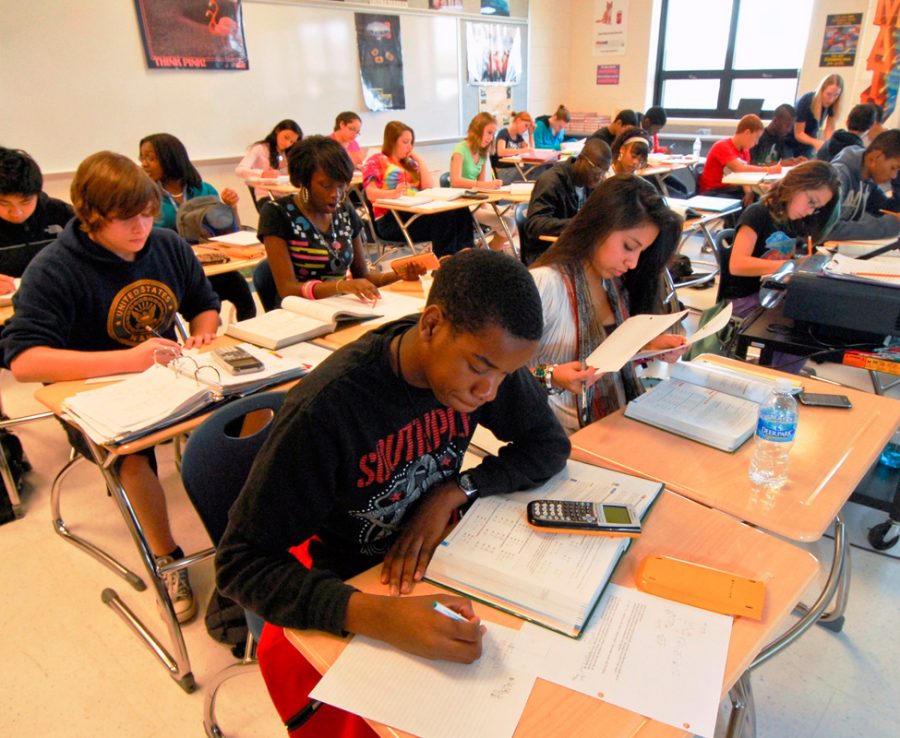 Students in a classroom.

In 2006, Montgomery County Public Schools decided to implement the 50% rule to help support students in case they struggle in a class, causing more opportunities for students to get their grades up. The 50% rule allows students to get no lower than a 50% on an assignment if they attempted to meet the basic requirements. While seemingly beneficial, this can do more harm than good since it has underlying flaws that build poor work habits in students that prevent preparedness for the future.

Students may start to develop the idea that the little work they put in is enough to pass the class. This rule encourages students to meet the bare minimum, limiting the student’s ability to try harder. David Nicholson, a Springbrook English teacher, says he believes that this rule is doing more of a disservice to students.

This rule can cause a poor interpretation of a student’s performance, making them unprepared for the future. The grade they receive may not equal the amount of effort they put in. Students who shouldn’t be passing are passing which may lead to students being unprepared for college. Professors are allowed to give any grade the student earned themselves, getting rid of the safety net on a student’s grade. This rule may be doing a service to students now, but in the long run, it will give students a harsh reality to face.

The rule is flawed in many ways and trying to figure out if the student attempted to meet the requirement is difficult. It’s hard to decide whether or not a student deserved a 50% or higher and it is mainly based on the interpretation of the teacher. Different teachers may interpret what is enough effort to get a 50% differently, so it’s hard to identify who deserves the 50%. Identifying if this policy is beneficial for students or being lenient towards them is unclear, which is why this rule will always be controversial.

Some students may believe this rule helps them in case personal matters happen in their lives or if they are struggling on assignments.  Some teachers might support this rule because they believe teachers are supposed to help the students out and not fail them. Even so, it doesn’t prepare students for the future and doesn’t work in favor in the long run. Recently, the Grading and Reporting Committee, a county-wide committee that works collaboratively to develop effective grading and reporting practices, announced it will consider repealing this rule and will be having discussions about reconsidering this rule in the near future. This decision could cause a huge shift to some of the grades students will be receiving and it’ll add on to the teacher’s responsibility to make sure they aren’t purposely failing the students. Students who are used to relying on this rule will be forced to put in more effort for a higher grade, potentially causing an uproar among students. Whatever decision is made, it’s clear that it’ll cause a controversial reaction.