Tensions Rise in MoCo Over Series of Rapes 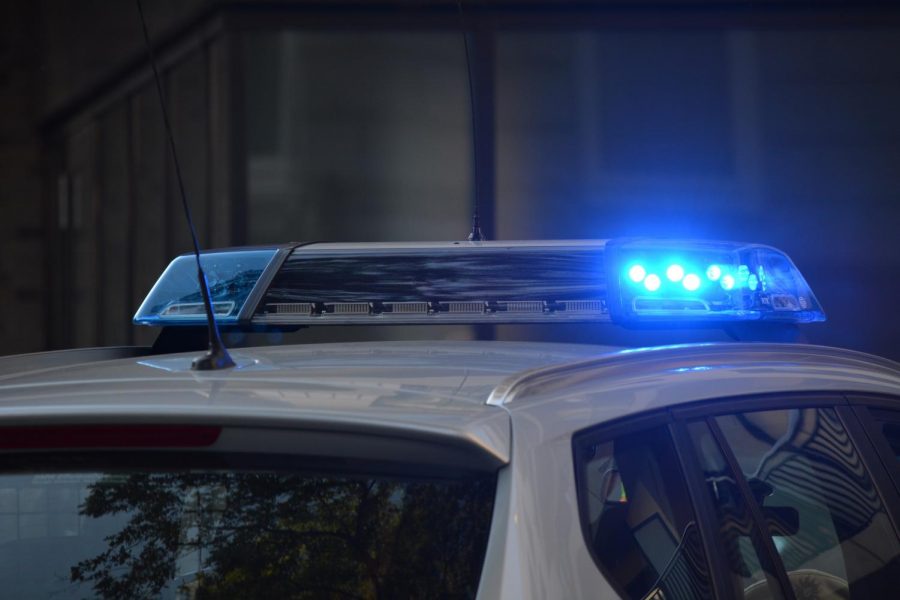 A police car is seen in this file photo.

Over the course of a few months, nine cases of rape have been reported involving undocumented immigrants. One case involving two salvadorian males, was the one to catch people’s eye. The two men, Mauricio Berrera-Navidad and Carlos Palacios-Amaya, were both accused of raping the same 11 year old girl. Both were friends of the young girl’s older brother. She had met Palacios-Amaya while he was hanging out with his brother, and she met Berrera-Navidad at her older brother’s birthday party. After the young girl met Palacios-Amaya, the man went on to rape her constantly as well as record one time where they had sex in her room. Berrera-Navidad met her later and had raped her. Both men were convicted of rape and sexual assault, but Berrera was convicted with one count while Palacios was convicted of more than a dozen counts according to the Washington Post, both turned out to be living here illegally. Since July 25, there has been nine undocumented immigrants detained for sexual assaults. All except one, are being held for bond. In one case, one Nigerian man was arrested but was released from custody because of his charges being dropped. The reason many people were and are still upset over the account of these events is because of Montgomery County’s sanctuary policies and protecting it’s immigrant residents. Many legal citizens in MoCo as well as the White House are calling Montgomery County officials out and saying that they are protecting criminals instead of withholding the law.

Discussing the issue over the ‘horrible’ rape of the 11-year-old girl, Marc Elrich, Montgomery County official, had mentioned the “Promoting Community Trust” Order which is an Executive Order that states that the government is not forced into working with ICE or any federal services such as, ICE, in order to protect their immigrant residents. Knowing that more than 30% of their residents are immigrants they want to make sure all Montgomery County workers and residents are comfortable with contacting the local police without any consequences that will come to them. Most people in the county are concerned since this sanctuary policy does give some immigrants a sense of immunity to federal services. Many others were involved in these rapes and it caught national attention.

Protestors from Help Save Maryland went to Rockville and held a rally there. The rally was to tell the Montgomery County Government to work with ICE and to stop with their sanctuary policies. Before the protest, Montgomery County officials had said that they would comply with detainers of ICE over major crimes such as these. According to the executive order, the county was forced by the Fourth Amendment, to keep the MOCO police from searching and arresting anyone for suspicion of an immigrant status. Now, it’s understandable that people are upset because these are men who are raping innocent people. In no way are these crimes okay, and they still got convicted of these rapes. Adding the “immigrant” and “undocumented” to the word “criminal” does not make it more of a crime. The main concern of this case is that these rapes seem to be an epidemic and it is causing fear and panic in many concerned U.S. citizens. The fear comes from the fact that all of these rapes, the offenders were immigrants living here without proper residency and citizenship. It is creating an image that all immigrants are criminals and of course, that is not the case. Many people living in Montgomery County are immigrants but their children are U.S. born citizens. Many came here to leave the struggles of their home countries, famine, poverty, war. Most immigrants did not come here to cause any harm to anybody and this is upsetting for not just immigrants but many hispanic-americans in MoCo as well.

The idea of protecting criminals is scary but that is not what Montgomery County intends to do. Montgomery County creates a sense of safety for the immigrants that come for a better life in the United States. The Executive Order of “Promoting Community Trust” states that no one would be arrested or deported over suspicion. Everyone who knew about these cases were taken aback because it seemed like the local government were “protecting criminals instead,” according to a White House tweet. The policy is very controversial because it limits central government involvement. Even though Montgomery officials said that they were willing to cooperate with ICE on major crimes, they have not given updates on whether they HAVE worked with federal services and if the men are still in custody. It is admirable for the local government to protect the rights of their residents since some are illegal immigrants. ICE is not the best way to go at this, yes they are immigrants, hiding from the law but they were still living here for years before they were detained. The men were both given a fair trial and they were found guilty.