Springbrook SMOB Candidate Enters the Race with An Unusual Message 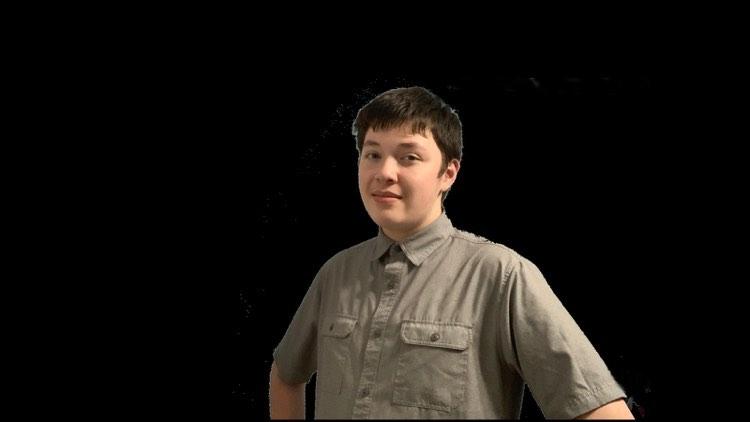 The Springbrook library is noisy with the typical chatter of students trying to finish work. I wait for Angel Herrera at the front desk, hearing librarian Julie Simon ask “Would you like a Chromebook?” to students as I wait. After a few minutes, a thin figure wearing a black coat, with his campaign manager trailing behind, approaches me. Springbrook Student Member of the Board Candidate Angel Herrera introduces himself, and we sit down at the nearest table.

Herrera is running to be the newest Student Member of the Board of Education, usually abbreviated SMOB, replacing outgoing SMOB Nathanel Tinbite, who has championed equity and accessibility to students during his term.

Herrera, who is 16, marks a departure from the typical SMOB candidate both in policy and background. He stressed that he sees himself less as a creator, and more of a facilitator for students’ ideas to get heard at the Montgomery County Board of Education, therefore representing more flexible ideas than most SMOB candidates.

As a whole, Herrera wants education to be more tailored to students’ career wishes. He envisions an overhaul of the curriculum in favor of more programs like the Academy of Information Technology, which prepares students for a job in the technology industry, or Junior Achievement, which offers students educational opportunities tailored to their path after high school, including college, a specific industry, and entrepreneurship. He connected chronic absences to a school system that does not engage students, arguing that once students feel that they are being prepared for a job, they will be more likely to show up to school. Along those same lines of accessibility, he hopes to expand self-study for art classes, giving students the ability to take the classes on their own time.

“I probably don’t expect all of this to be done during my term just because it’s only one year if it does succeed,” the 16-year-old said. “I expect some ideas to stick and hopefully be passed down to future candidates.”

Unlike many of his rivals, Herrera’s campaign does not tackle equity issues. He said in an interview that the issue of the boundary analysis taking place in Montgomery County Public Schools seems too complex to comment on at the moment and emphasized that he will talk to the Springbrook Student Government Administration, usually abbreviated SGA, about the issue.

Herrera does not have a background in student government unlike many of past SMOBs and SMOB finalists. He emphasized that he hopes students will see appeal in his “vessel” message and the policy proposals he puts forward. But the Nomination Convention presents an initial hurdle to that, since members of every Montgomery County middle and high school Student Government Administration select the two SMOB finalists. Asked about the process, Herrera said he hopes the SGA members will listen to his message.

(Editor’s Note: The photo was updated at Herrera’s request.)