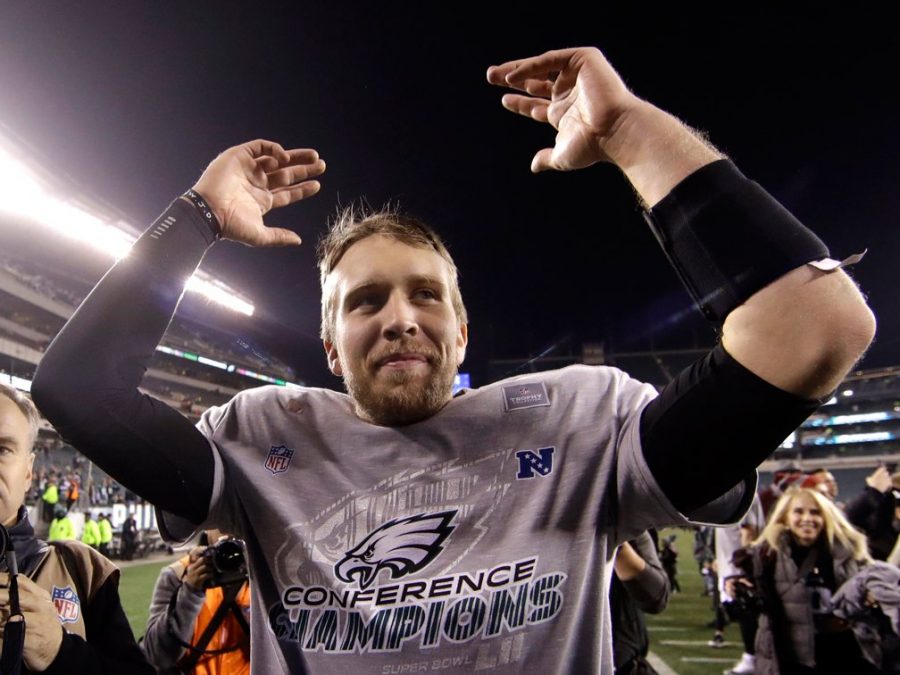 Super Bowl 52 is swiftly approaching, and The New England Patriots and the Philadelphia Eagles will face off in Minnesota to determine who will be the champion of the NFL this season. It will all come to a head on head on February 4th, 2018. The game we’ve all been waiting for is right around the corner.

The Patriots won a nail-biting game to the Jaguars in the AFC Championship. I had predicted another upset by the Jaguars after the previous upset against the Steelers, but unfortunately, they came up short. The Jaguars led the game 14-3 early, and continued their steamroll with a 20-10 lead in the fourth quarter. However, no lead is safe against Tom Brady, as the Patriots scored 14 unanswered points to win the AFC Championship Game. Even without Rob Gronkowski, their star tight end, the Patriots still found a way to win in an incredible comeback.

I was expecting the Vikings to win a close game against the Eagles, but the reality was quite the opposite. The Eagles destroyed the Vikings in a 38-7 blowout. It was a heartbreaking loss for every Vikings player and fan as they realised that the Minnesota Miracle had run out of magic.

Eagles quarterback Nick Foles, who we all underestimated, was 26-33 for 352 yards in that game, decimating the #1 ranked defensive team. If Foles can obliterate a #1 ranked defense, then he can certainly compete against the Patriots defense this Sunday.

When you think about it, this Super Bowl can end up really close. After the amazing performances that both teams delivered just to get here, it is evident that the Patriots never give up and that the Eagles are to be taken seriously.

Philadelphia is currently looking for their first ever Super Bowl win, while the Patriots are hoping to win their 6th, tying them with the Pittsburgh Steelers for the most wins.Many are sick and tired of seeing complete domination from this New England team, – which is understandable – but it’s Tom Brady, and no one has a solid plan to stop him.

Hopefully, this Super Bowl will be better than the last one, where the Patriots were down 25 points against the Falcons and came back for the win. We had all thought that the game was over, but Tom Brady proved us wrong once again to tie the game 28-28 and took his team down the goal-line to pitch the ball to James White, who scored the winning touchdown.

This Sunday, I’m expecting many lead changes, last second scoring, incredible deep passes, and early 3 and outs. It should be an average scoring game, considering these are two pretty impressive offenses and superior defenses. I expect these teams to put their blood, sweat and tears on the line to win the coveted Lombardi Trophy.

Now, we all know about Tom Brady’s veteran experience in the NFL and his consistent dominance over every other quarterback in the league. The guy who we don’t talk about as much is the former backup-turned-messiah of Philly. The thing is about Nick Foles is that he has a lot of quarterback experience. He’s played for the Eagles since 2013 when he threw 27 touchdown passes and just 2 interceptions. He even threw 7 touchdown passes in one game, tying the NFL record for most TD passes in a single game. He was 22-28 for 406 yards that match, meaning he threw more touchdowns than incompletions. It’s quite clear that Foles is a top tier quarterback, and will definitely show up on Sunday night.

It’s the G.O.A.T against Mr. Impressive and it’s happening this Sunday. Be sure to tune in and witness this historical moment in sports history.