Washington Wizards and their feast in the east! 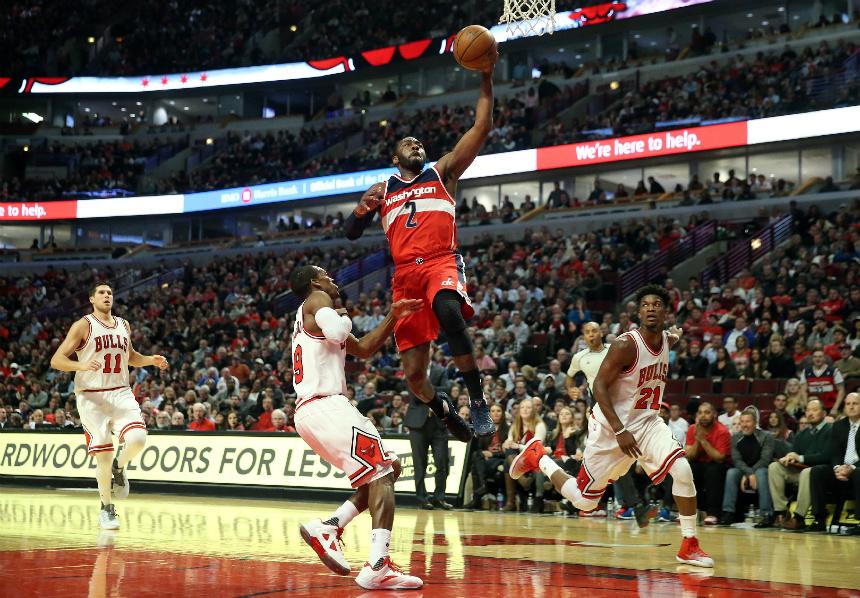 The hottest ticket in DC right now is at the Verizon Center, home of the Washington Wizards.

The Washington Wizards have been playing lights out the past month and a half. Before that the Wizards were a struggling team with barely any team chemistry. The Wizards started off their first 20 games of the season with a 7-13 record. During that 20 game span the Wizards offensive and defensive efficacy was ranked 20th.

The Wizards failed to make the playoffs last year finishing the season with a 41-41 record. Many fans thought the season was heading in the wrong direction.The fans thought they were paying to see the same old Wizards and thought a playoff run was out of question.

“I felt like we had no chance, especially after the 2-8 start and when rumors about the team rebuilding again, that’s when I lost all hope ,” Wizards fan Ebenezer Arunkumar said.

But boy were they wrong.

The Wizards had a major turnaround to their season winning 23 out of their next 31. They are currently 11-2 in their last 13 games and were riding a seven game winning streak. That streak is no longer active as it was snapped by the Cleveland Cavaliers in what was one of the best games in the NBA this season. The Wizards also had their 17 game win streak at home snapped against Cleveland. During that span the Wizards beat teams such as the Blazers, Hawks, Celtics, Thunder and Clippers. The Wizards currently hold the 3rd spot in the eastern conference and are only two games away from the 2nd seed spot.

Now, Wizards fans are not only optimistic about making the playoffs but also making a deep run and challenging the Cavaliers for the eastern conference throne.

Since the Washington Bullets became the Washington Wizards in 1997, the Wizards have made the playoffs only six times out of their 19 seasons in the NBA(as the Wizards), and in three of those playoff appearances they were knocked out early in just the 1st round. Their best year as a franchise was in the 2014-15 season, with a 46-36 regular season record. They reached the conference semifinals after sweeping the Toronto Raptors, but eventually losing to the Atlanta Hawks, 4-2 after leading the series 2-1. The Wizards were one second away from extending their season in game 6, when Paul Pierce made a clutch off balance 3 that would’ve tied the game and forced the game into overtime but Pierce didn’t release the ball soon enough. For the first time, the Wizards are projected to win over 50 games this season. If they do win over 50 games they will be able to lock up either the 2nd or 3rd seed.

The Wizards close out the first half of the season tonight in Indiana against the Pacers, a team they have beaten twice this season.

The Wizards are playing as explosive and as confident as ever before. This Wizards team is full of confident and talented players that are ready to start playing not to just make it over .500, but to have success in the playoffs and contend for a title.

So whether you’re a Wizards fan or not, just know, don’t sleep on the Wizards.